Ba Na Hills is the state-of-the-art mountainous resort in Danang. Thanks to cool climate, breathtaking views of nature, and many interesting destinations, this resort becomes immensely popular with tourists. Consider the list of destinations and accommodations in Ba Na Hills to have the best experience on your Vietnam Holidays.

The footbridge is recognized by The Guardian in 2018 as the world’s most astonishing pedestrian bridges. It is held up by two giant stone hands located on Ba Na Hills in Danang of Central Vietnam. Launched in June, the Golden Gate is 150 meters long and 1,400 meters high above sea level, with views of the great mountains and green tropical forests. It only takes less than a year to build and complete this striking bridge.

The cable car system for riding up to the Ba Na Hills has been officially operated since 2013. It holds some Guinness World Records, including the widest distance between stations and the largest change in altitude. With 201 cabins, the system is always ready to transport tourists to Ba Na Hills. During the travel, you will enjoy the panoramic views of dreaming Toc Tien (Hair of fairy) waterfall, majestic mountains, and immense forests. The safe of the cable car is also guaranteed because it was built with European standards and all the equipment imported from Switzerland and Germany.

Ba Na Hill used to be a favorite destination for relaxation of French authorities in Vietnam in the 20th century. Nowadays, it becomes the French village and garden for tourism. Standing in the village, you will be amazed at the architectural style of Europe in the XIX century such as ancient buildings, magnificent palaces, adjacent fences gothic style, paved roads, … designed by the outstanding French and Vietnamese architects. After strolling through the village with the streets of cobblestones, tourists can enjoy true French and Vietnamese cuisine in luxury restaurants. Explore a Europe on Ba Na Hills will bring you absolutely distinct feelings ever. 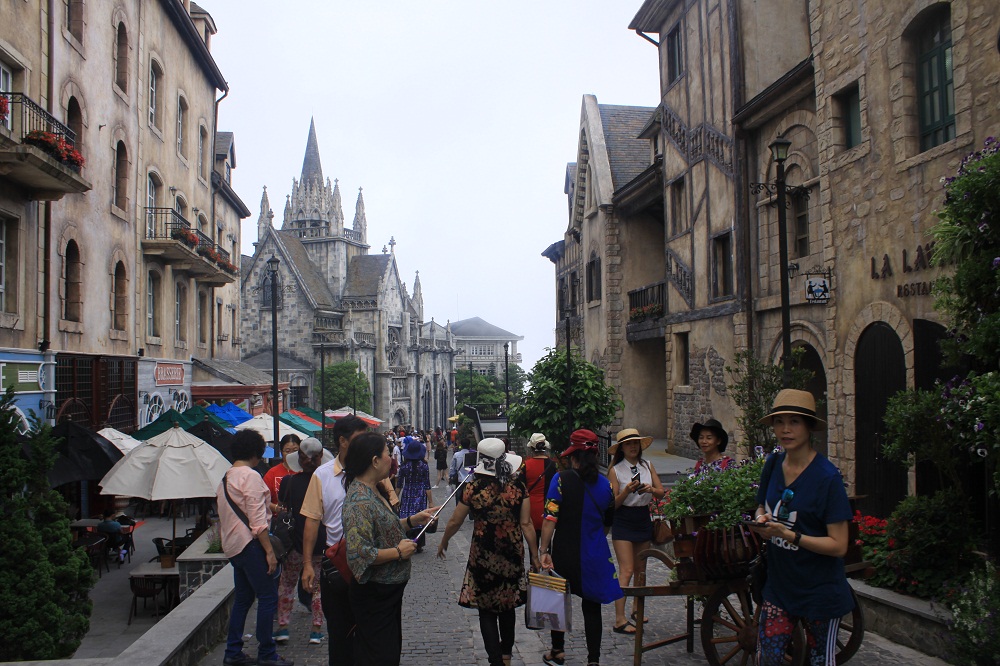 With a total area of about 21,000m2 meeting international standards, Fantasy Park amusement center attracts tourists by thrilling games with the theme based on two famous novels: Journey to the Centre of the Earth (1864) and Twenty Thousand Leagues Under the Sea (1870). Besides, the Park also has carnival rides like carousal and a big spinner as well as oddities including the Jurassic Park and the wax museum of the celebrities in the world. Fantasy Park will surely satisfy the tourists in search of a wonderful amusement center. 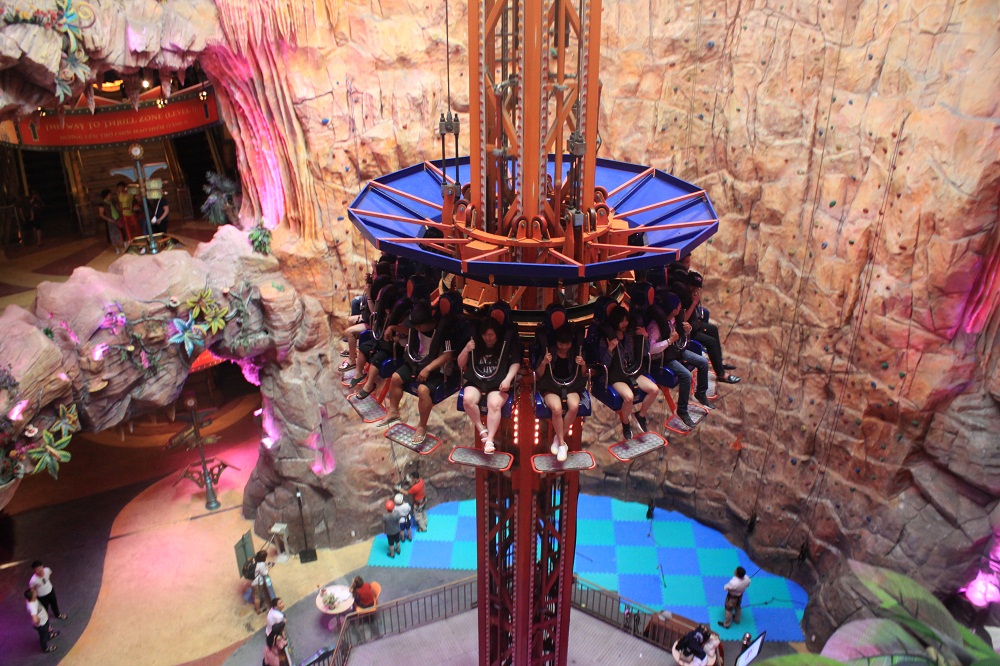 The garden consists of 9 beautiful ones with 9 unique and architectural styles and is one of the most popular tourist destinations in Ba Na Hills. They are Suoi Mo Garden with the dreaming purple Arapang; the Garden of Eden – the interference between Heaven and Earth; the secret garden with the tallest tree wall in the world and thousands of colourful floras and so on. Visiting these gardens is absolutely worth your while at Ba Na Hills. 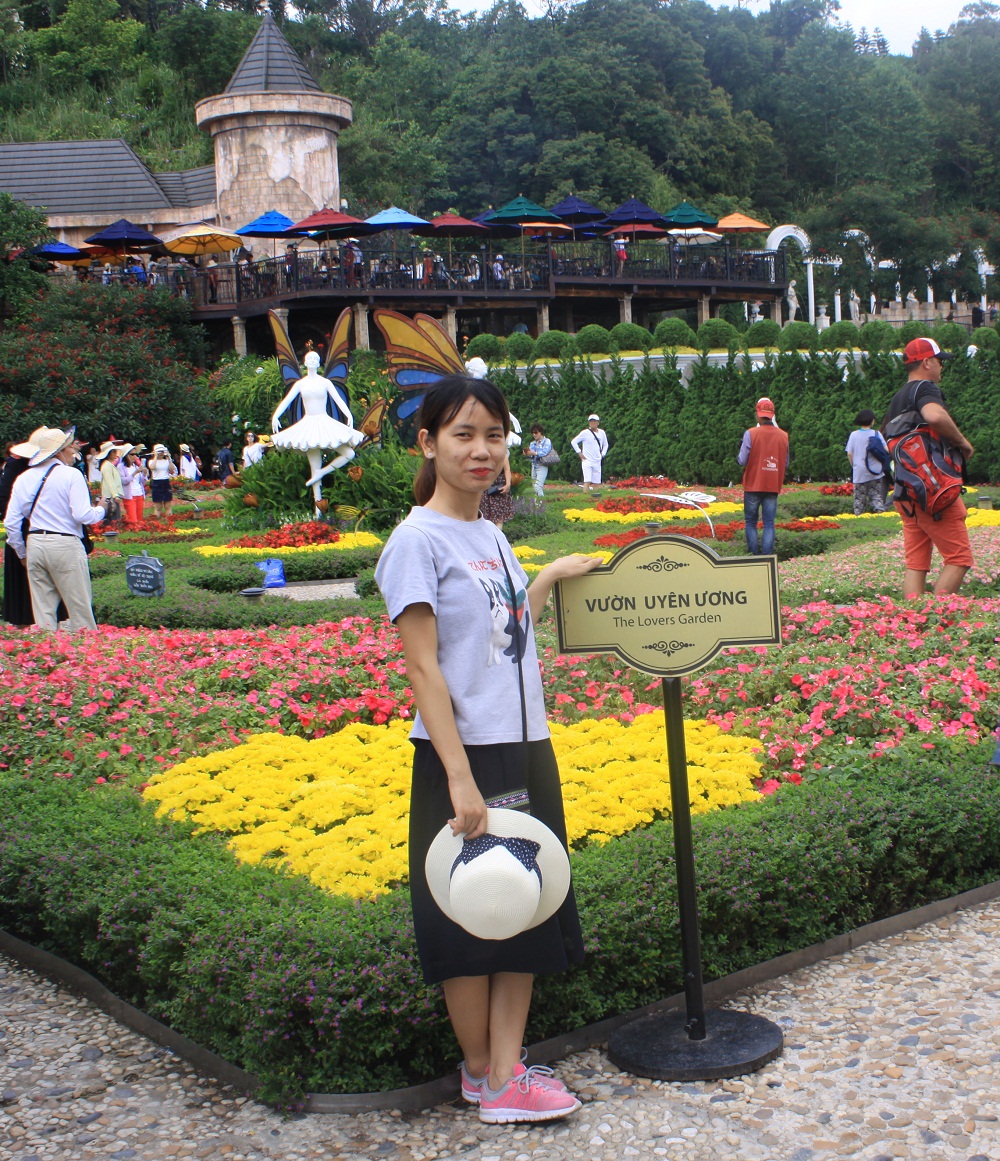 It is the only hotel located at the top of Ba Na Hills. The hotel has the European-style architecture with beautiful design and 4-star international standard. The Mercure Bana Hills French Village has a total of 494 rooms, all of which are well-equipped with modern facilities and professional services.

At this hotel, there are many types of rooms with different prices to give you various choices based on your requirement and financial situation. A group of visitors should choose Family Bunks, Family Superior or Family Suite. For couples, the Executive Suite and Deluxe Twins are the right options.

The surrounding area of Ba Na Hills also has many hotels with high-quality services and one of the best is Ebisu Onsen Resort located at the foot of Ba Na Hills. The hotel is built on the hillside having totally 93 rooms, designed with ideas inspired by Hoi An ancient architecture. The special point of the Ebisu Onsen Resort is the natural hot mineral water system leading to each room. Refresh yourself by immersing in the hot tub and enjoying the best of relaxation.