Da Nang has variety things that visitors usually want to share with your relatives or friends. In particular, if you haven’t tried Bun Mam Da Nang, it will be the most regret.

Bun Mam, a popular and simple dish of Da Nang people has become an unforgettable dish to many travelers to this coastal city. With the typical salty flavor, Bun Mam is also served with roasted pork, beef bologna, pork bologna and fermented pork roll instead of only boiled pork. 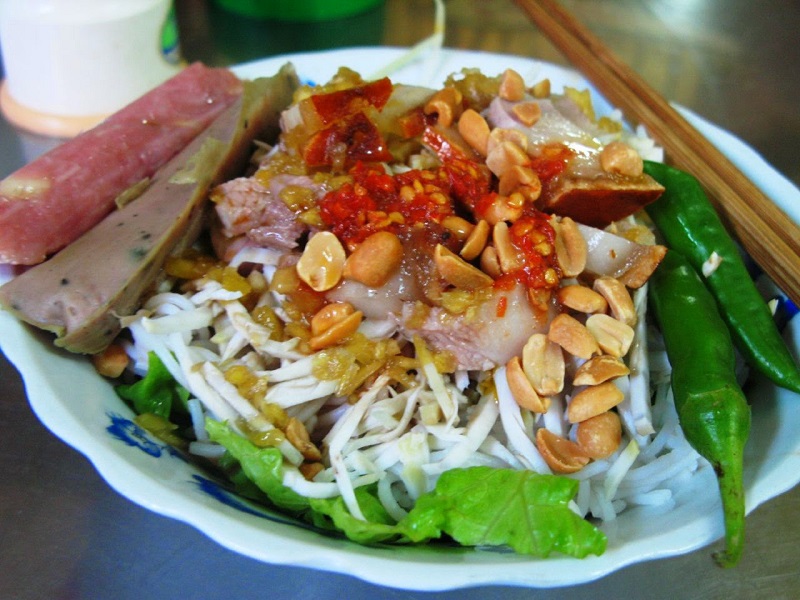 Bun means noodle, but “bun mam” is so strange compare with others,don’t not to much sauce and have a strong smell with many simple ingredient like: pork, “mam”, noodle, pineapple and vegetable. Because the most important ingredient of this dish is Mam Nem (kind of fish sauce). “Mam” in this dish is a type of fish sauce but it is used directly from sea fish after put in close tight jar at least 7-9 days for ready. The period of time is depend on climated. Unlike fish sauce which is boil and filter before used. Although we can use “mam nem” after 9 days directly, the cook usually add spices for more falvour. Beside adding spices, pinepapple juice is mixed to this one to creat particular smell. With a acceptable -10000 VND/bowl- it becomes a love food of teenagers and blue-worker, even officer…

A salty and spicy bowl of Bun Man expresses the typical taste of Vietnam Central people. The combination of sweet noodle, pork and pineapple, flavorful vegetable, spicy chili, acrid garlic, and sour lime brings a charming dish. Eaters will make a hissing sound while enjoying it.