Under the reign of King Gia Long (1802-1819), there was a big market named Qui Gia near Chanh Dong (Dong Ba) Gate of Hue Citadel. The name “Qui Gia” referred to the return to Phu Xuan Capital (Hue nowadays) of Nguyen Dynasty. In 1885, the capital was attacked by French colonial and Qui Gia Market was burned. In 1887, King Dong Khanh had the market rebuilt on the foundation of Qui Gia Market and renamed Dong Ba. The market supplied food to the royal, hospitals, army camps and dormitories of Quoc Hoc, Dong Khanh, Binh Linh, Thien Huu schools… In 1899, under the Western-style reconstruction project of King Thanh Thai, the market was moved to the nowadays position. Even though Dong Ba Market underwent several repair projects from the beginning of the 20th century, but nowadays, it still embraces many old features. 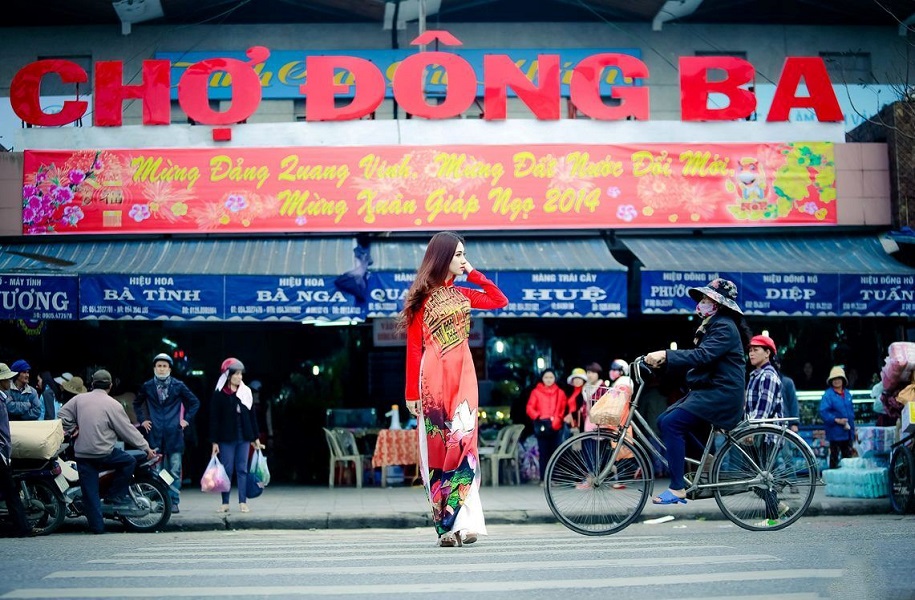 Apart from the bell tower in the centre, Dong Ba Market contains 2,700 stalls arranged in 9 rows. The total area of the market is over 22,700m². The average number of people to the market daily is 5,000 – 7,000 and can be double during the holidays.

Nowadays, Dong Ba Market plays an important role in economy and trade activities of Hue City. Apart from providing food and other goods, the market is also a must-see destination for visitors to buy local specialities. Along with Truong Tien Bridge and Perfume River, Dong Ba Market is one of symbols of the poetic city of Hue.