A program entitled “Echoes of the Central Highlands” with a host of music and arts activities from the central highlands will be held from July 1 to 31 at the Vietnam National Village for Ethnic Culture and Tourism in Dong Mo village, Son Tay town, Hanoi. The event aims to introduce the unique cultural identities of ethnic minority groups in the central highlands region to local people and tourists in Hanoi. 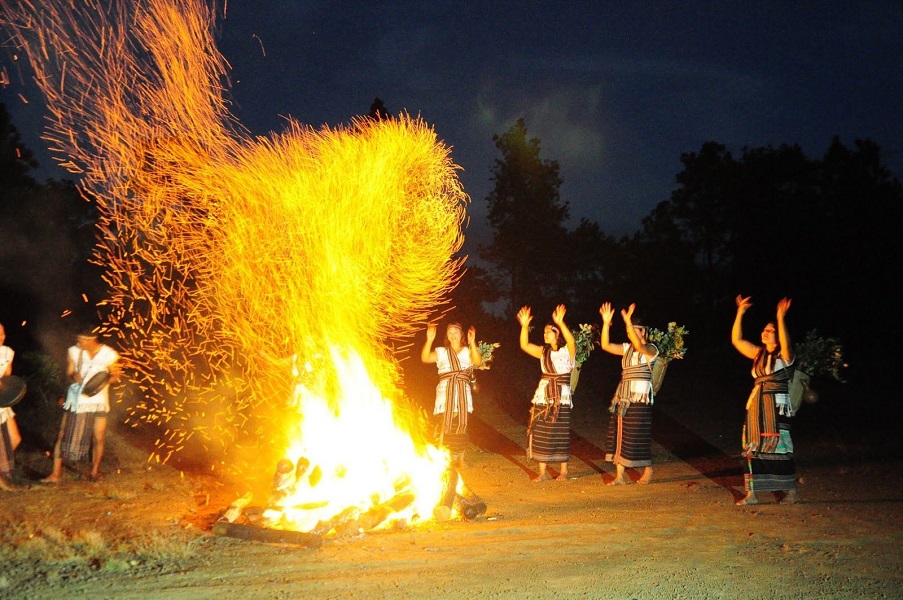 The highlight of the program will be folk music and dance performed by ethnic minority people in Dong Mo village and in the central highlands, such as the Ede and Ta Oi, to praise the beauty of the region.

Activities displaying and introducing traditional musical instruments from the central highlands, including gongs and T’rung and K’rong “put” (local traditional bamboo xylophones), are expected to attract a large number of visitors.

The daily life and process of making traditional handicrafts of ethnic minority groups, including the Tay, Muong, Dao, Kho Mu, Ta Oi, E De, and Khmer, will be reproduced during the month, highlighting the unique cultural identities of the region. A photo exhibition on the landscapes and people of the central highlands will also be opened, and typical food from the region introduced.

A training course will be held at the Khmer people’s pagoda, offering an opportunity for children to play as well as learn about beautiful things in life, filial piety, and human virtue.

A requiem for martyrs who sacrificed their lives for national independence and freedom will also be held at Dong Mo village as part of activities to mark the 70th anniversary of War Invalids’ and Martyrs’ Day (July 27, 1947-2017).

Visitors will also have the chance to enjoy traditional cuisine and folk art as well as join in the folk games of ethnic minorities.

Twenty-one sovereignty rocks and a photo exhibition will also be displayed to affirm Vietnam’s dominion over the Hoang Sa (Paracel) and Truong Sa (Spratly) archipelagos.

This event is expected to attract a large audience.