The first double-decker bus will run pass famous attractions such as the Opera House and the Temple of Literature. 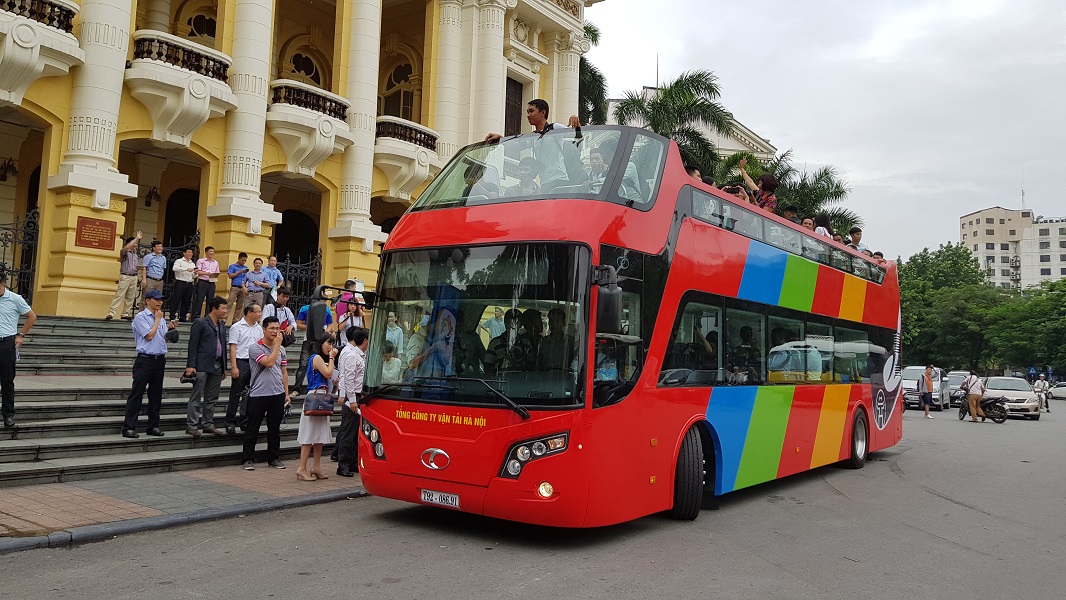 The project was given prime ministerial approval to be implemented in Hanoi and six other cities and provinces for five years. The bus can carry up to 45 passengers to the airport and tourism areas. Each bus cost from VND7bn (USD307,000) to VND9bn.

Nguyen Cong Nhat, deputy head of Hanoi Transport Corporation said only one bus was deployed on the first day on June 30 to gather public opinion and they would put more buses into operation in the next two months. About 10 buses will be put into operation in July.

Double-decker buses have been used for tourism services in dozens of countries.

This will be an interesting point to attract tourists when coming to Hanoi.