Home » Daily Updates » Highlands coffee – one of the most popular coffee chains in Vietnam.

Appearing at nearly all large buildings and commercial centers in Hanoi and Saigon and prime outdoor locations, Highlands coffee  is one of the most popular coffee chains in Vietnam.

As one of the first café chains in Vietnam, Highlands Coffee has the largest number of stores. 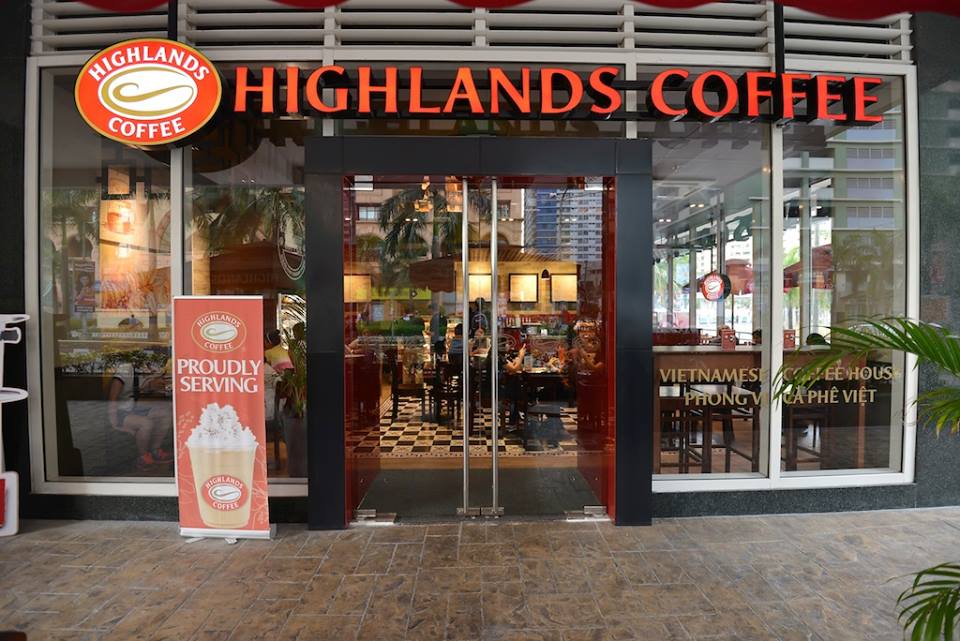 Established by Viet Thai International Company of David Thai, an overseas Vietnamese in 2002, this brand was transferred to the Philippines’ Jollibee three years ago.

Since it was acquired by Jollibe, Highlands Coffee chain has undergone strong expansion, from 60 stores in 2014 to 130 at present.

In fact, the change of menu is the change in brand positioning. After acquired by Jollibee, Highlands Coffee has been “simplified”, to serve many more customers, not only businesspeople and intellectuals as before.

Highlands customers also witnessed a change from being “served” to “self-serving”. Design and menu of stories are also simplified.

To coincide with the new model, the price of drinks has also been adjusted. The beverages at Highlands have a lower price compared to similar products offered at coffee chains like Plus Coffee, Gloria Jeans Coffee, Coffee Bean & Tea Leaf or later Starbucks …

A survey by the Financial Times shows that Highlands is the brand mentioned second most by the consumer, just after Trung Nguyen.

So can not refuse when coming to Vietnam do not try a cup of coffee of this brand.