Of the many attractions the city holds, Hanoi Old Quarter is probably its greatest asset from a tourism point of view. With the Hoan Kiem Lake known as the heart of Hanoi, the quarter is its very soul. 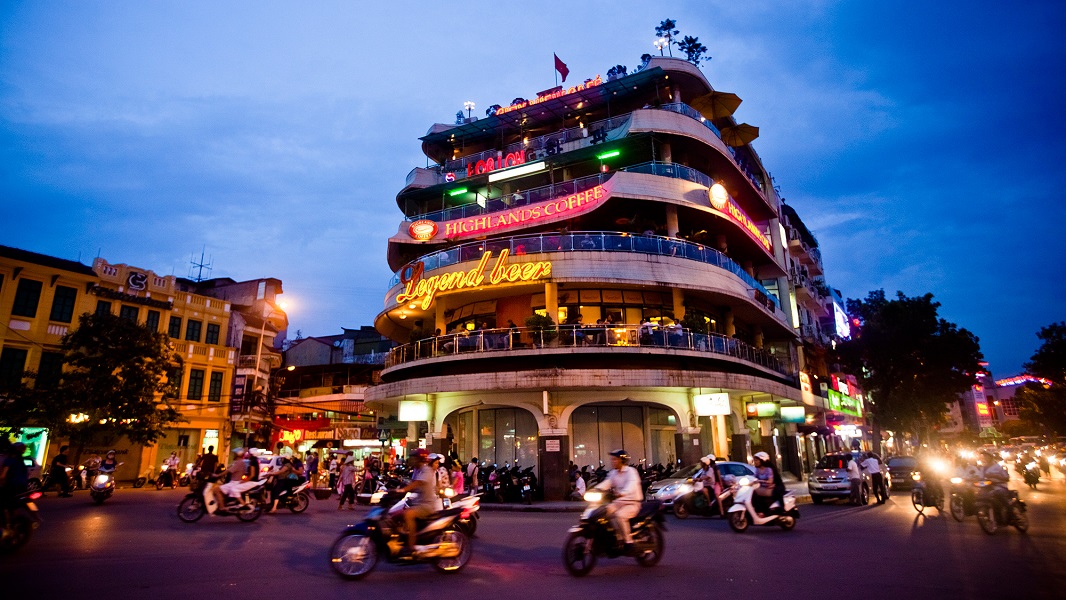 As the oldest continuously developed area of Vietnam, Hanoi’s Old Quarter has a history that spans 2,000 years and represents the eternal soul of the city. Located between the Lake of the Restored Sword, the Long Bien Bridge, a former city rampart, and a citadel wall, the Old Quarter started as a snake and alligator-infested swamp. It later evolved into a cluster of villages made up of houses on stilts, and was unified by Chinese administrators who built ramparts around their headquarters. The area was named “Dominated Annam” or “Protected South” by the Chinese.

The Old Quarter began to acquire its reputation as a crafts area when the Vietnamese attained independence in the 11th century and King Ly Thai To built his palace there. In the early 13th century, the collection of tiny workshop villages which clustered around the palace walls evolved into craft cooperatives, or guilds. Skilled craftsmen migrated to the Quarter, and artisan guilds were formed by craftsmen originating from the same village and performing similar services. Members of the guilds worked and lived together, creating a cooperative system for transporting merchandise to the designated streets in the business quarter.

Because inhabitants of each street came from the same village, streets developed a homogeneous look. Commoners’ homes evolved out of market stalls, before streets were formed. Because storekeepers were taxed according to the width of their storefront, storage and living space moved to the rear of the buildings. Consequently, the long and narrow buildings were called “tube houses.” Typical measurements for such houses are 3 meters wide by 60 meters long. 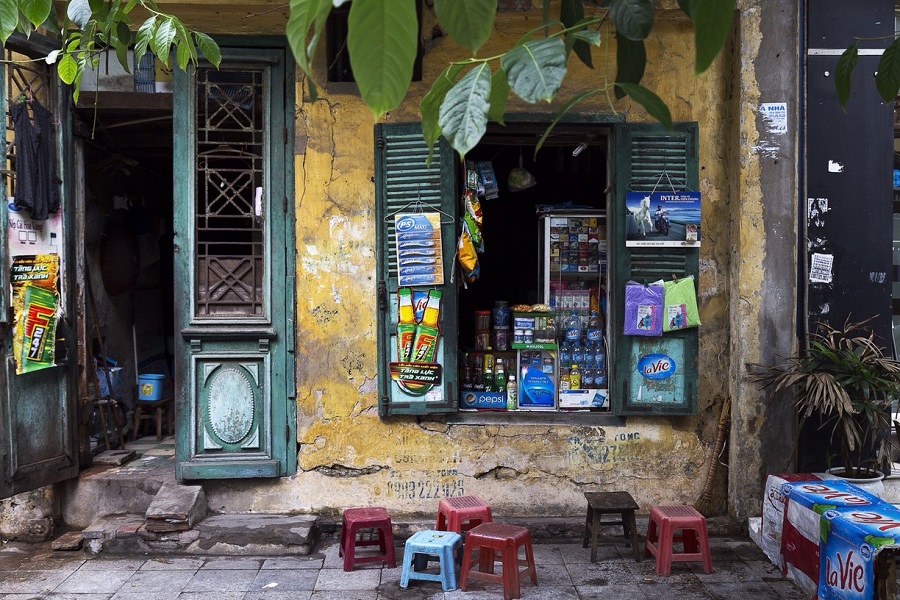 The Old Quarter has a rich religious heritage. When the craftsmen moved from outlying villages into the capital, they brought with them their religious practices. They transferred their temples, pagodas and communal houses to their new location. Each guild has one or two religious structures and honors its own patron saint or founder. Therefore, on each street in the Old Quarter there is at least one temple. Now, many of the old temples in the Old Quarter have been transformed into shops and living quarters, but some of the old buildings’ religious roots can still be recognized by the architecture of their roofs.

Hanoi Old Quarter – Why it is referred to as “old” is because beyond the new structures, the tradition, activities and way of life of people settling in the quarter represents a heritage and history that prevailed from over a thousand years ago. To locals and visitors alike, the place is popularly known as the “36 streets”. That is another of the many mysteries that envelope this amazing part of Hanoi. There are actually more than 36 streets. In fact, the area is a labyrinth of over 70 streets packed with family-owned shops selling silks, stuffed toys, artwork, souvenirs, embroidery, food, coffee, watches, and silk ties.

As to where the figure 36 came from, nobody is really certain. Some researchers believe that the number came from the 15th century when there might have been 36 guild locations, which were workshop areas of which, each was selling a different trade. They were not actual streets. When streets were later developed, the guild names were applied to the streets. Others attribute the 36 to a more abstract concept. In Eastern philosophy, the number nine represents the concept of abundance. Nine multiplied by the four directions makes 36, which simply means “plenty” or “many.” Centuries-old Trades Continues to Blossom If you make your way through the Old Quarter’s network of alleys, you will notice a common sight of elderly couples sitting and drinking their tea, youngsters smoking cigarettes on balconies, stray domestic animals, residents chatting with the next-door neighbor, the clutter of open air fish markets, squealing pigs and tinsmiths loudly banging the metals as they go about their craft. But each resident is also a business that comprises the giant market of the 36 streets. Here, shopkeepers sell everything under the sun, from ball bearings and light bulbs, ceramics and silk, clothing and shoes, to live chickens and snake wine. The craft they display are associated with traditional trades plied there for the past hundreds of years. 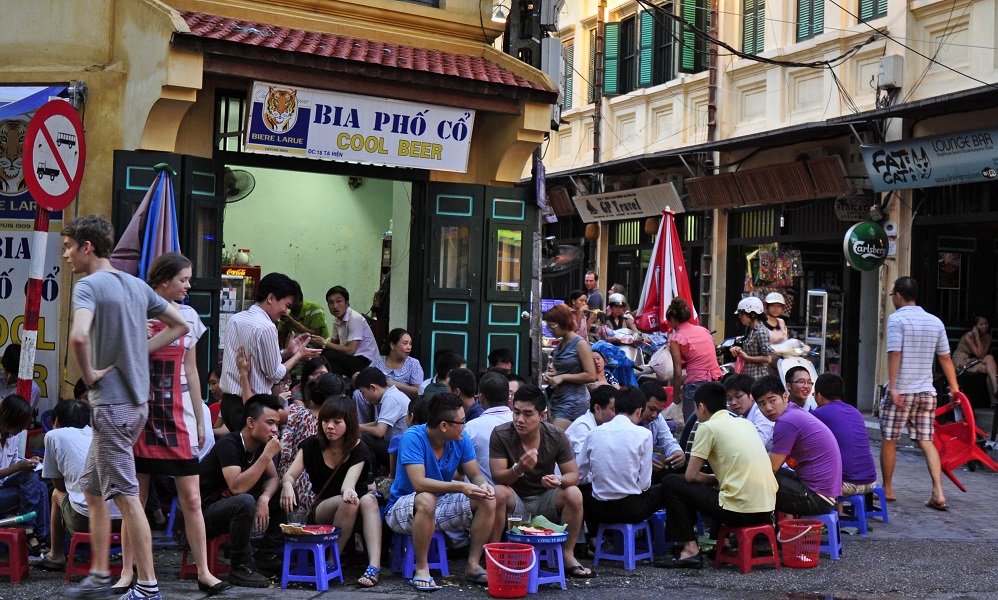 So do not forget join a Hanoi City Tour to visit around the Old Quarter. There will be many interesting things waiting for you.