While there are over fifty tribes all over Vietnam, particularly Northwest area is the place where roughly 20 ones live together. However, this writing will only introduce 5 minority groups with highest population, which are: Thái (Thai), H’Mông (Hmong), Mường (Muong), Tày (Tay) and Dao (Yao). Now, we will learn about ethnic costumes in northwest Vietnam.

Living in the most populous community in the Northwest region, Thai womenfolk generally have retained their traditional outfit that includes short vests, long black skirts, scarves, and ornaments. However, there are a couple of different features between White Thai and Black Thai. The White Thai wear V-shape neckline vests, indigo scarves without pattern and wide brim hats. Noticeably, women who are not married yet have nape buns; otherwise have top- knot buns. 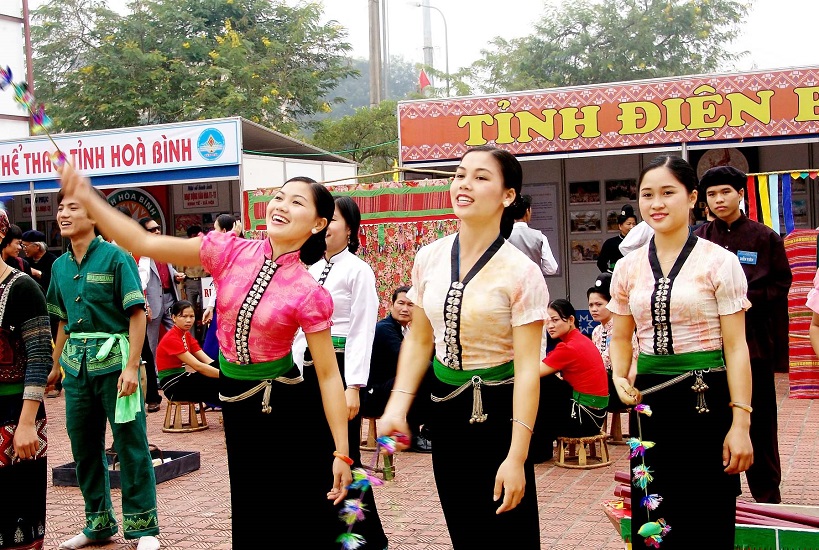 Meanwhile, the Black Thai’s vests have standing and round collars, and their “Piêu” scarves are embroidered colorfully with various motifs of pattern. 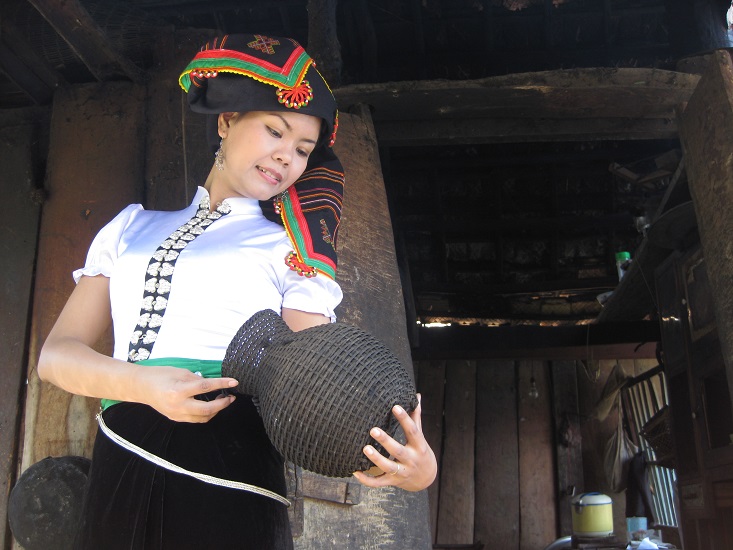 With costume of H’mong people

Among these groups introduced, H’Mong people seem own the most flamboyant garment style. The Mong use linen as material. Originally, skirts were much duller with little red appliqué work; aprons featured in front were black plainly. Over the years, they all have become more vibrant by using a variety of the many colorful fabrics available. Belts and moneybags are at the waist, and red sash dangles from the back. Leggings are also highlighting accessories. 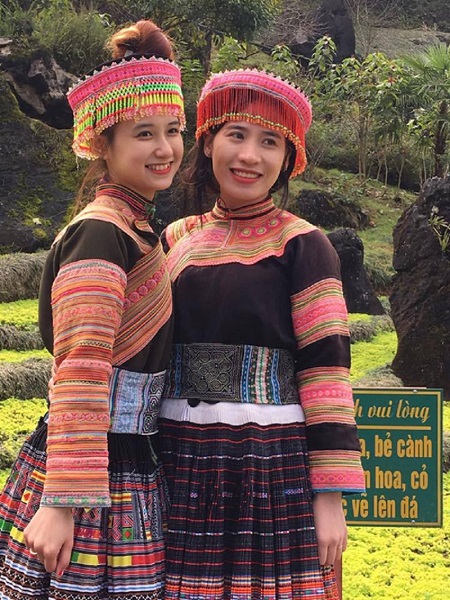 Next, let discover Muong group that has the closest origins with the Kinh Vietnamese. The Muong females wear purely white rectangular turbans, bras and short vests that are open at the front (or at the shoulders). The skirt is long to the ankle, complements a broad silk belt embroidered carefully with various motifs such as flowers, figures, dragons, phoenixes, deer and birds. Their jewelry includes a bracelet, a necklace, and a 2 to 4 line silver key chain that has a tiger or bear claw, covered with silver. 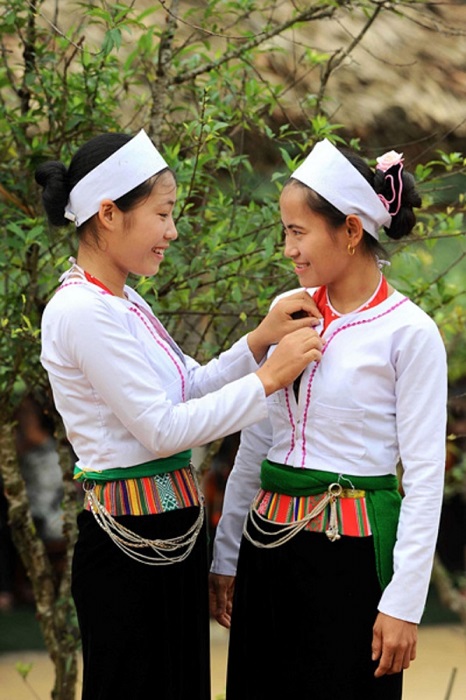 The Tay still wear knee-length indigo-dyed dresses split at the right side with some buttons along the armpit, and narrow sleeves. Attending festivals, they do not forget to put on similarly plain, knotted headscarves peaked at the front and set off with silver necklaces. Seemingly is the cloth plain enough to give attraction of her natural beauty as well as her performance. 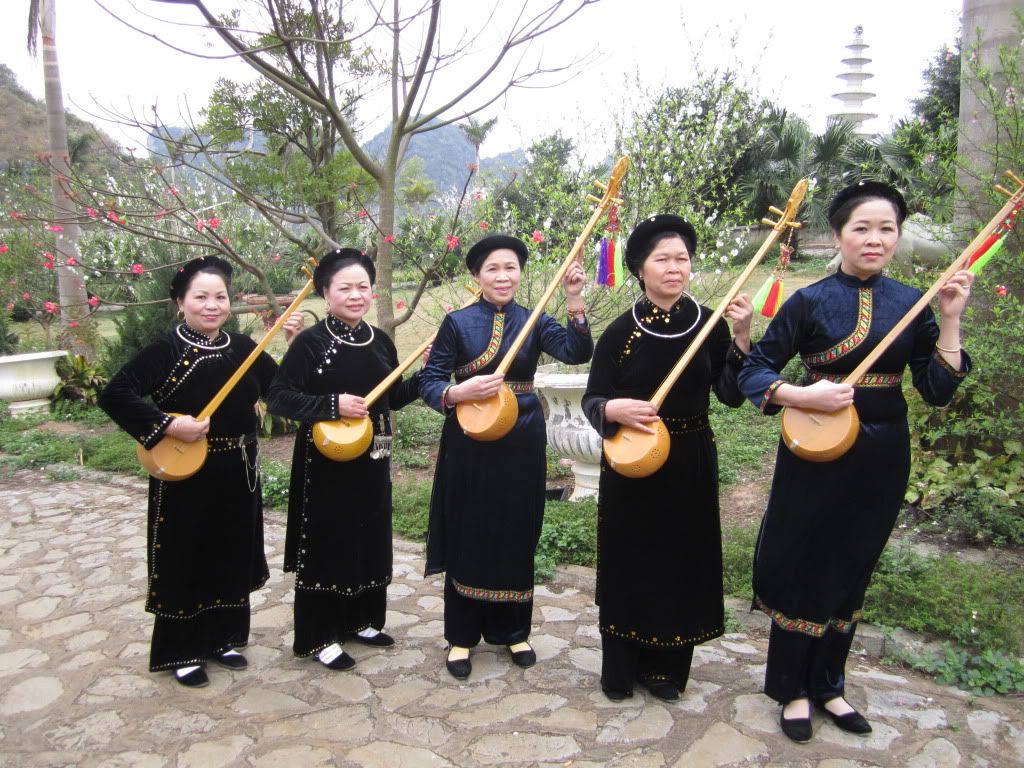 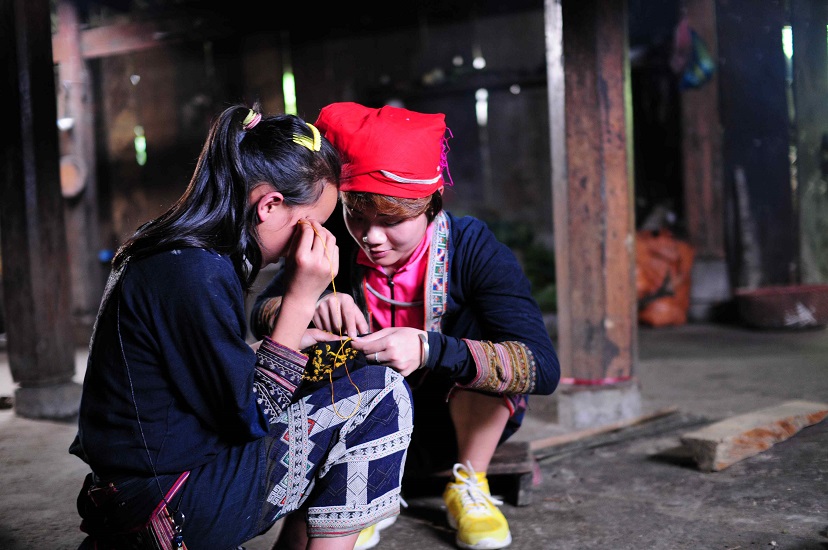 Instead of dresses as 4 above tribes, Dao’s attire concludes trousers. Unique patterns adorn the belt and low half of both trouser pants are emphasize signs to find out Dao’s ladies. Besides, the people boast particularly striking traditional jackets characterized by rectangular patch of embroidery sewn onto the back of them. Typically has a set of accessories an elaborate headgear, a triangular-shaped turban, decorated with silver coins, beads and colored tassels.

If you have the opportunity to travel to Northwest region of Vietnam, do not forget to choose one outfit of the people here and shoot as a souvenir. Let’s believe me: it will be very nice.