That is the direction of Mr. Duong Van Tien – Vice Chairman of the Provincial People’s Committee at the meeting held in the afternoon of August 28 to hear the progress report on the implementation of the plan to organize Muong Lo Cultural, Tourism Week and Festival to explore the national scenery terraced fields in Mu Cang Chai.

Opening Ceremony of Muong Lo Cultural and Tourism Week and Festival to explore the national scenery terraced fields in Mu Cang Chai will be held on 23/9/2017 at Nghia Lo Town Stadium. 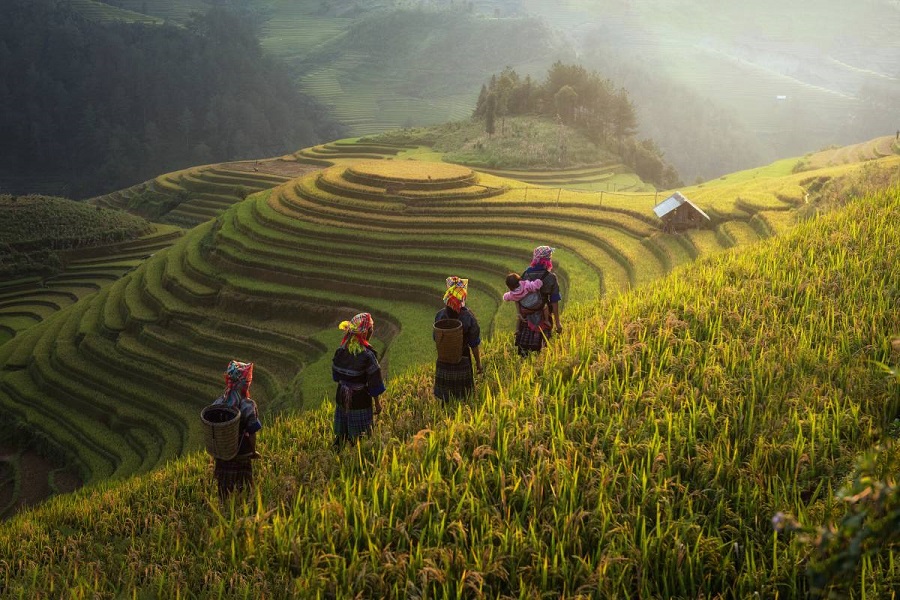 Activities at Festival to explore the national scenery terraced fields in Mu Cang Chai consist of Paragliding Festival “Fly on the Golden Season” from 23/9 to 24/9/2017 at Khau Pha Pass; Community tourism activities are from 23/9 to 29/9/2017 at tourism point “Mu Cang Chai ecolodge” in Hua Khat village of Nam Khat commune and La Pan Tan

Up to now, all preparations have been underway to ensure that the opening ceremony is planned, such as: building a detailed script of the opening ceremony, recruiting public cast members, making a list to invite people for “Xòe”, for “Street show”, activities for community-based tourism…

Speaking at the meeting, Mr. Duong Van Tien, Vice Chairman of the Provincial People’s Committee, emphasized that tourism development is one of the important resolutions of the provincial Party Committee for the sustainable economic development of the province. To organize effectively Muong Lo Cultural, Tourism Week and Festival to explore the national scenery terraced fields in Mu Cang Chai, he urged the localities to speed up the preparations in the spirit of effective and economical organization, unobtrusive form, avoiding waste. Localities need to innovate in the way to do travel. In particular, organizing activities must have a highlight, promote the cultural characteristics. Particularly street performances in Nghia Lo town should study and put into annual tourism activities. He tasked Department of Culture, Sports and Tourism to coordinate with localities to mobilize actors, build the art program in the opening ceremony; Associations and unions to coordinate with localities engaged in tourism activities to clean the streets. He also asked the press agencies to do well the information and propaganda activities in the Cultural Week.

Therefore, this September is the best to make a visit to the mountains of Northern Vietnam.

The best advice for you: Should book a trip from Sapa to Mu Cang Chai, visit Sapa then join “Muong Lo Cultural & Tourism Week in Mu Cang Chai”. So your trip will become more interesting !