The H’mong ethnic group with many unique customs and traditions. “Robbing wife” is a typical custom of them!

As spring arrives in the northwestern region, it is the time when young H’Mong men ask their friends to help them to “steal or pull a wife”, an established local custom.

Traditionally, when a boy wants to marry a girl, he will make his intentions clear, and will “rob” her during day light or night at any opportunity that is appropriate. This is traditionally only a symbolic kidnapping.

Before kidnapping her, the boy must first give a gift to the girl whom he wants to marry. After a couple of days, the boy can then kidnap the girl. If the boy has never given a gift to the girl, she is allowed to refuse and go back home with any family member who comes to save her.

Like young couples everywhere, when a H’Mong couple fall in love, they will tell their families. If everything goes well, the man’s family will send a matchmaker to the girl’s family to talk about the affair. Then they will carry out engagement rituals and the wedding. The wedding is normally held in spring when the weather is mild and things reproduce. 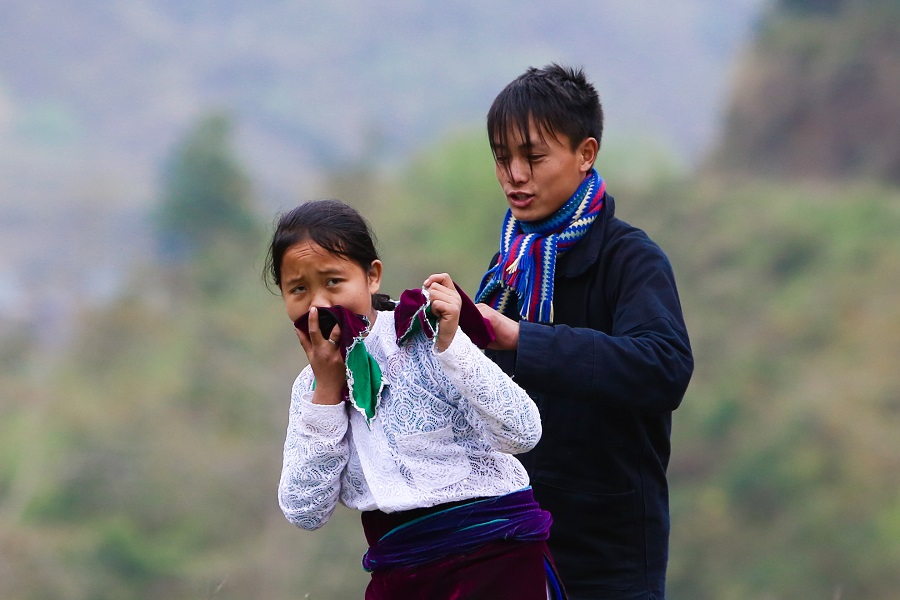 However, many couples cannot get married because the girl’s parents do not agree with the wedding.

The “wife stealing or pulling” custom is an effective solution. On the designated day, the man meets his girlfriend in a particular place. Before that, he secretly asks his friends and relatives to go there and pull the girl to his house. Even though the girl is aware of the custom, she must still act surprised and cry out for help.

The stealing or pulling must be carried out skillfully so the girl’s legs do not touch the ground and she does not fight back or bite the man and most importantly, she does not get hurt. When they are near the man’s house, one of the man’s friends will run to his house first and tell waiting people there, such as the man’s parent, uncles or aunts, to prepare two chickens, one young male and one young female, to stand in the main door. When the girl arrives, they will carry out rituals involving the chicken. Only after that can be girl be brought inside the house. 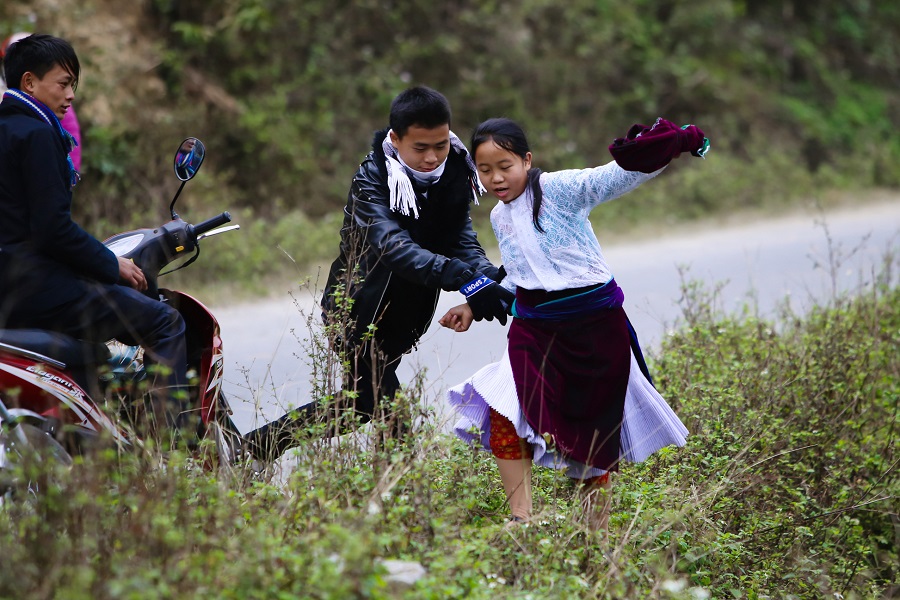 The head of the household moves the chicken in a circular motion around the couple’s head. The girl is not allowed to visit anyone’s house for three days after this. After three days or more, the parents of the groom prepare the first wedding feast for the newlywed couple.

The wedding is usually a two-day process. The couple returns to the house of the bride’s family at the end of the first wedding feast and spends the night in preparation for the next day. On the second day, the family of the bride prepares a second wedding feast at their home, where the couple will be married.

Hmong marriage customs differ slightly based on cultural subdivisions within the different Hmong community, but all require the exchange of a bride price from the groom’s family to the bride’s family.

The bride price is compensation for the new family taking the other family’s daughter, as the girl’s parents are now short one person to help with chores. he elders of both families negotiate the amount prior to the engagement and is usually paid in bars of silver or livestock. Today, it is also often settled in monetary terms.

The H’Mong people believe that once the girl has entered the man’s house after the chicken rituals, she will not be accepted back to her parents’ house. She is now a member the man’s family. When she dies, her spirit will also belong to that family.

When the girl has entered the man’s house, she will sleep with the man’s sisters for the first three nights. The next morning, the man’s family will make rice cakes and take the girl back to her parent’s house. When arriving at the girl’s house, her husband and his parents and relatives will kneel down in front of the girl’s family as a token of their friendship.

The girl’s family will cook a meal and invite the man’s family to stay and eat. At the meal, a representative of her family will ask her if she can spend the rest of her life with the man’s family. If the answer is positive, they will pack her personal belongings so she can take them to her husband’s house. Preparations for a wedding now begin. When returning to her parents’ house, if the girl cries and tells them that she does not want to return to the man’s house, then the marriage is cancelled.

That the girl lives in the man’s house for three days allows her to get used to the set-up in his family. During that period, if she likes it there, then the couple will officially become husband and wife.

The custom of wife robbery is considered as marriage strategic mode. This process is very popular in the West – North-East. And they still keep this custom nowadays but it just a custom for form’s sake. Young H’Mong men and women are free to choose their partners. Marriages are absolutely forbidden between men and women of the same lineage. Matrimonial life of the Mong is very harmonious and divorce is very rare.

Love’s H’mong people is still many exciting things. If you wonder, traveling in Vietnam travel to Northern mountains to learn about this custom!