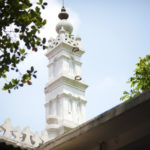 The only Mosque appears in Hanoi called Al-Noor Masjid (light paradise) has been located on Hang Luoc for more than one century. In the early 19th century, Indian merchants came to Vietnam for living and trade. To meet the religious demand, in 1885, Indian Community has started constructing Al-Noor Mosque. That’s reason why Al-Noor is […] 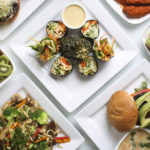 If you are a Muslim, you don’t want to eat meat. Do not worry !!! There have been a lot of vegetarian restaurants in Hanoi with a variety of vegetarian dishes serving for the vegetarian demand of almost people who not only enjoy the meat dishes and you want make their meal more diversified, but […]