Home » Daily Updates » Tips: Basic things should not be done at the Temple in Southeast Asia

When visiting sacred sites, pagodas, monasteries and temples in Southeast Asia, it is sometimes easy for travellers to forget that these are not just tourist attractions, but also sites of spiritual, cultural and national importance for the local population.

However, when visiting temples or pagodas in Southeast Asia or in Vietnam. You should note the things to do not do the following to avoid the unfortunate things can happen.

So the article below will provide you with tips about: Basic things should not be done at the Temple in Southeast Asia. 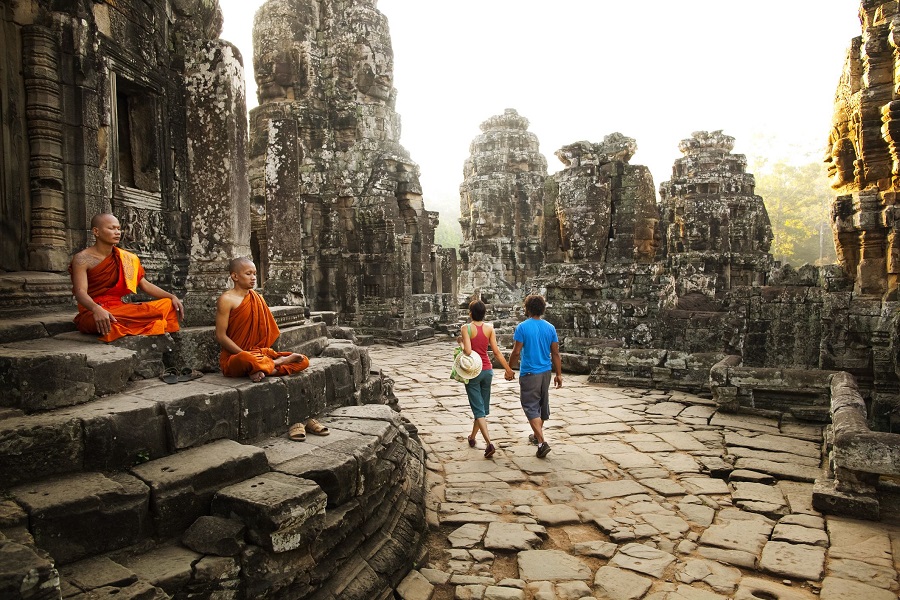 Don’t Take Selfies with Statues of the Buddha!

Do not turn your back to the Buddha, make peace signs, silly faces, or anything similar, as it is considered extremely disrespectful.

As a rule of thumb, always cover your knees and shoulders. This goes for both men and women. It is always a good idea to carry a shawl and a sarong (not the see-through kind!) in your backpack in case you decide to visit a temple.

Monks and nuns are not supposed to have physical contact with laypeople and it is especially taboo for them to be touched by members of the opposite sex. If this happens they will usually have to perform some kind of penance at the monastery. You should also avoid handing them anything directly.

Do Remove Your Shoes Before Entering a Temple.

It is common practice throughout most of Asia to remove your shoes when entering someone’s home and this is especially important when entering temples. This is not only a way to keep dirt out, it is also a sign of respect.

Don’t Chase Around Monks for Pictures!

People in Southeast Asia are generally very relaxed about taking pictures with foreigners. If you ask politely (or just point at your camera and smile) most monks will generally allow you to take a picture and will even pose with tourists. It is considered bad form, however, to just follow monks around to take pictures of them.

Do Avoid Public Shows of Affection.

Kissing, holding hands and other public shows of affection are generally frowned upon within the temple grounds. In fact, most of Southeast Asia is very conservative in this regard and it is not really considered appropriate anywhere in public.

Don’t Be Noisy or Rude!

Buddhist temples in Southeast Asia are supposed to be places of quiet contemplation, so please keep your voice down. Don’t run, or shove, and give way to elderly people and monks. Southeast Asian culture is generally very tolerant and forgiving of children, but if they are being boisterous it is better that they play outside. Be courteous and remember to smile!

Here are the basics you should avoid when visiting temples in your travel trip in Southeast Asia.