Talking about frightening Vietnamese specialties: Many may immediately think of duck embryos, shrimp paste or dog meat as the creepiest dishes in Vietnam.

But today we want to share to you: Top 3 frightening Vietnamese specialties that horrify tourists. Those are: Coconut worms (Duong Dua), Interal organs with excrement soup (Nam Pia) and Uncooked blood soup or pudding.

This famous specialty from the Mekong Delta, the land of coconuts, has made many-a-tourist run from the fat worms wriggling on the plate.

The fat, meaty worms are about the size of an adult’s toe or finger, about three to five centimeters long. 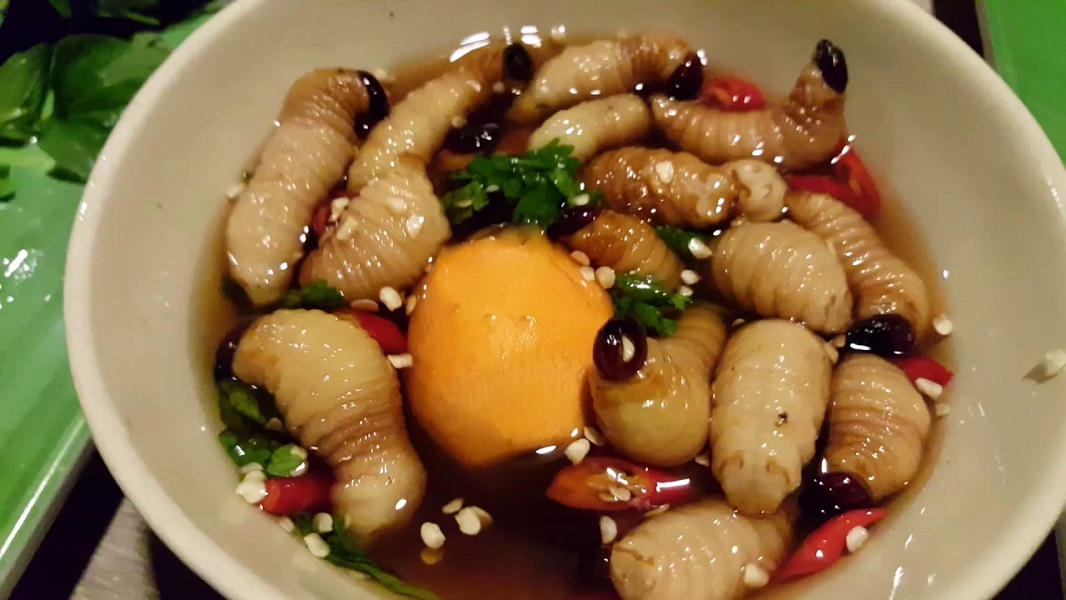 There are at least 10 ways of cooking the worms, such as steaming, frying or boiling them in coconut water, in a salad or simply pouring some sauce on them and eating them alive.

If you think that animal’s excrement is not for eating then you may have to rethink after trying this traditional delicacy from the Thai ethnic minority group in the northwest of Vietnam.

The main elements of the dish are the excrement in the small intestine and internal organs of cows or goats.

After boiling the internal organs, the small intestine with the excrement inside is mixed with minced herbs (especially mac ken, a special forest herb). In some areas, people also add some cow’s bile. The mixture is boiled for an hour.

The brown soup smells foul and the first taste has a weird, bitter flavor. It does improve though, and you may end up falling in love with that delicious bitterness that lingers in your mouth even when you’ve finished the dish.

The delicacy is best served with some mint, banana flower and boiled pork.

The dish will have a lasting impression if you dare to try it. This Thai ethnic delicacy is truly “the taste of the forest“.

The sight of fresh blood from ducks, chickens, goats or pigs is a nightmare for the faint-hearted.

Slaughtering animals for their fresh blood not only happens in horror films, it is a real specialty here in Vietnam, with pig’s blood the most popular. 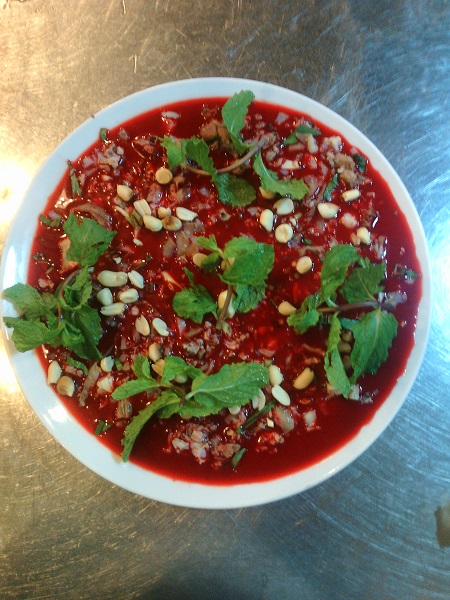 The process to make the dish is not at all that complicated.

First, the cook gets the freshly drawn blood and adds some fish sauce or salt water, then thoroughly stirs it with chopsticks. Next, mix in some minced meat or cooked innards, herbs and groundnut so that the blood coagulates. You can also add some lime to make it tastier.

Many claim that the raw version of the dish is the most delicious, but others like it boiled.

However, not to mention foreign toursits, many Vietnamese cannot bear to look at it or even sit down if there’s blood pudding on the table.

So, will you dare to try this bloody dish?

If you have the opportunity to come to Vietnam do not forget to try these dishes.