Despite the overwhelming influx of modern toys, Vietnamese little boys and girls still find it exciting to receive one or two Toy Figurine (Tò He) from their parents. This edible traditional toys made from glutinous rice powder is one of the rare surviving traditional toys of Vietnam. 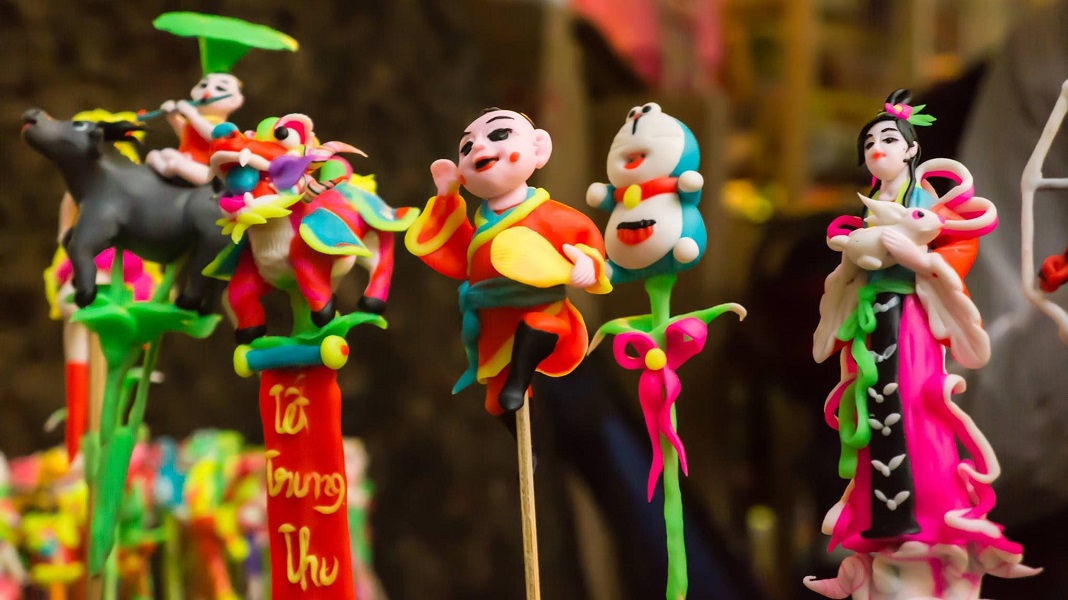 Tò He or Vietnamese toy figurine is a traditional toy for children in Vietnam made from edible glutinous rice powder in variety forms of figurines attached on the top of bamboo sticks. Tò He was made and sold in public places like parks, gardens or historical attractions, especially on the occasion of festivals like Tết and the Mid-Autumn. This rare surviving traditional toy of Vietnam has been preserved as a cultural ambassador and continuously developed for hundreds of years.

In the past, Toy Figurine (Tò He) were made and sold only during festivals, especially Tet (lunar New Year) and the Full Moon Festival, both favorites of children… 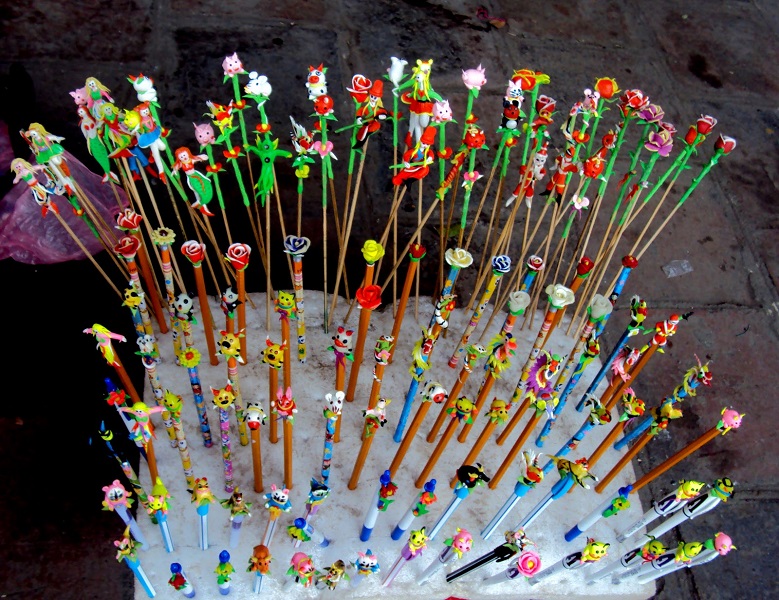 To create a to he figurine, a crafts person needs a mixture of glutinous and ordinary rice powders that can be easily kneadedinto edible shapes, plus bamboo sticks for the to he and to use for graphics. Modeledby hand, the “to he” are often shaped like animals, flowers and characters in folk stories like “Ton Ngo Khong,” or the Monkey King from “Journey to the West”. The seven basic colours are green,sea blue, red, purple, yellow, white and black, now made from food dyes that areused to replace colours made from trees or ashes.

“To he” making requires utmost patience,but almost all “to he” makers are men and there is an unwritten law in families of “to he” craftsmen that the to he secrets be passed from father to son and not to daughters.There are no lessons in to he-making and sons learn the skill from their fatherby watching. Today handicapped women and men study to he so that they can make aliving. 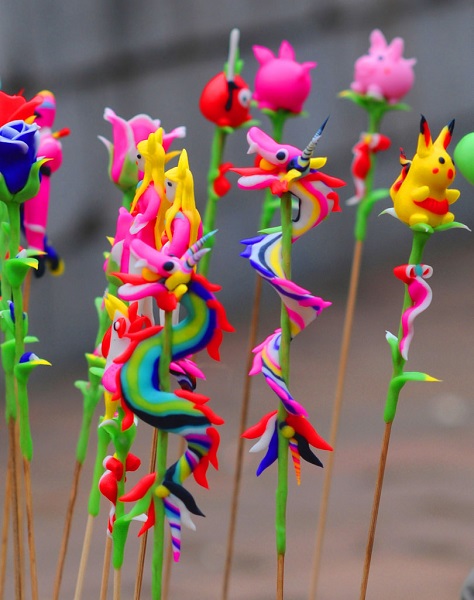 History of the appearance of  Toy Figurine (Tò He)

In the old days, when comics and illustrated books had yet come into existence in Vietnam, Toy figurine (Tò He) was made to depict different heroes and ordinary people of daily life, symbolic animals like dragon or phoenix or daily-viewed water buffalos, flowers and all beautiful things in fairy and history tales. The craft was fashioned to entertain children during festivals, a form of comic book of yesteryears, where the craftsman travelled with his trade from place to place to skillfully bring to life colorful characters of ancient folklore.

Especially, in 1990s, when a Chinese series named “Journey to the West” was popular for not only children but also adults in Vietnam, crafts people usually kneaded Ton Ngo Khong – a character in the film, which is loved by almost all children at that time.

While much has changed over time, the joy and excitement for a child still remains unchanged. And so, we introduce you to try this ancient craft yourself. Bring your young ones and give them a taste of what toys were like in Vietnam. Far removed from modern digital toys, Toy figurine (Tò He) remains as one of the rare surviving traditional toys of Vietnam.

If you are in Hanoi and neighboring provinces, you can spend an afternoon visiting Xuan La village, the oldest and most well-known village making Toy figurine (Tò He) in Vietnam, especially if you are traveling with kids. Located in Phu Xuyen District, only 40 km from Hanoi center, the village is a great place to have some fun discovering Toy figurine (Tò He) making produce as well as Vietnamese traditions. Here you will have a chance to talk to skillful craftsmen and taught to make your own Toy figurine (Tò He) . The Toy figurine (Tò He) class is usually held by friendly and experienced villagers in about 2 hours. It is really ideal for a family trip and the kids will love this interesting colourful class for sure.