Known as the capital of Vietnam, Hanoi is teeming with ornate Buddhist temples, ancient citadels, war memorials, and French colonial architecture while traditional villages and national parks are just outside the city. From evening cyclo tours and traditional water puppet shows in the city centre, these popular Hanoi tours cater to just about any budget and preference. And here are Top Tours in Hanoi that travelers should try when come here.

Hanoi is located in the Red River Delta, in the center of North Vietnam, is the capital of the Socialist Republic of Vietnam, the center of culture, politics, economy and trade of the whole country. Throughout the thousand years of its eventful history, marked by destruction, wars and natural calamities, Hanoi still preserves many ancient architectural works including the Old Quarter and over 600 pagodas and temples. Famous sites include the One Pillar Pagoda (built in 1049), the Temple of Literature (built in 1070), Hanoi Citadel, Hanoi Opera House, President Ho Chi Minh Mausoleum and so on…. 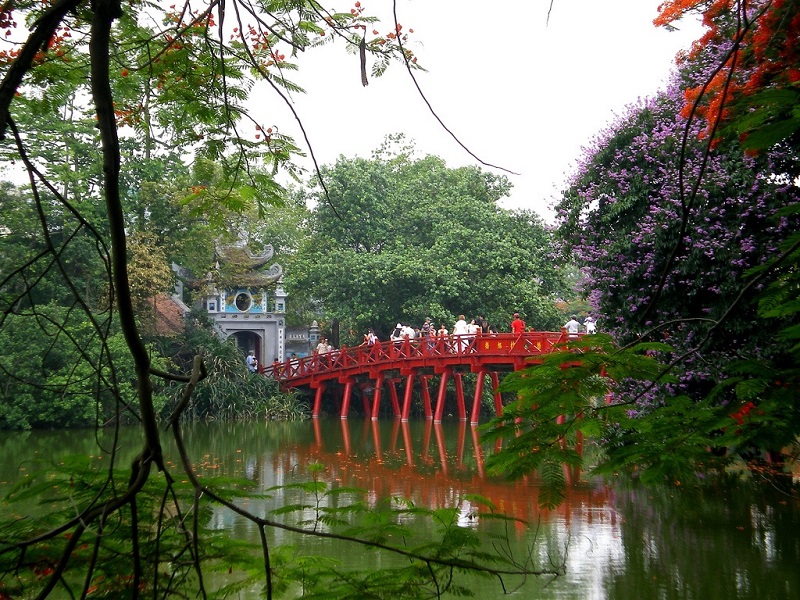 So, Let’s spend a full day exploring the most important historic and cultural sites in Hanoi, the capital of Vietnam with Hanoi city tour one day. And see the peaceful waters at Hoan Kiem Lake and Ngoc Son temple, and then journey through Hanoi’s Old Quarter to do some shopping and exploration before the tour ends.

Co Loa is located on Co Loa commune, Dong Anh District, Hanoi. It was the capital of Au Lac, at the third century before Christian and the Van Xuan state under Ngo Quyen reign after Christian. In 1962, Co Loa was ranked as historical national culture.Co Loa was the first ancient citadel of Vietnam. Lying to the north of Hanoi, the area offers beautiful rice paddy fields, old villages, and many pagodas & temples. This is one of the closest places where you can see the real countryside of Northern Vietnam. 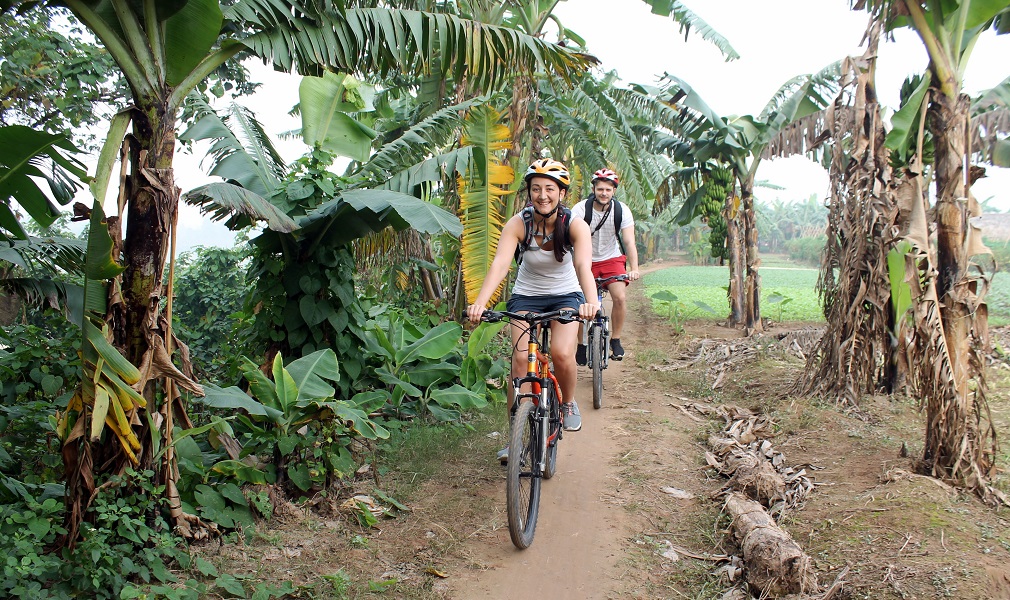 A Cycling Tour to Co Loa through more rice fields and villages, beautiful gardens & quiet villages …. It will be an enjoyable experience.

Hanoi City tour one day of relaxing and shopping

This is the most suitable of Hanoi tours for you.. Tour visit Hoa Lo prison, Hanoi Opera House, Long Bien bridge and shopping in Dong Xuan market, water puppet show.

If you would like to have a walk around old quater centre and use a half day to shopping. 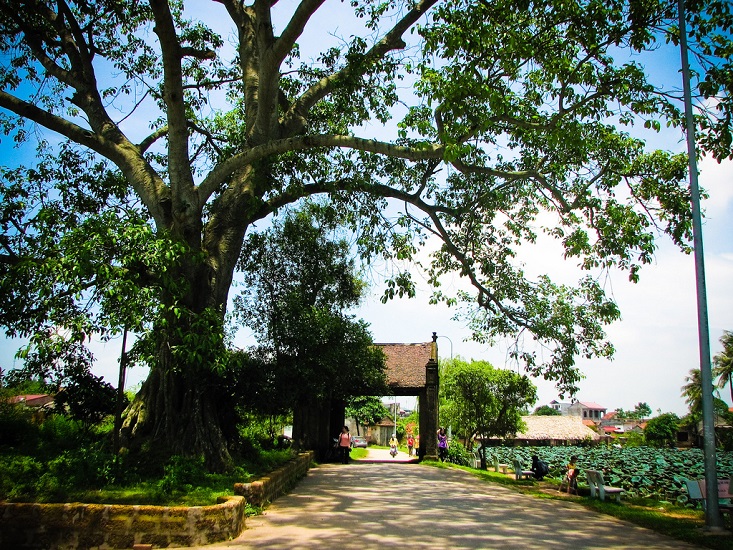 Duong lam is the ancient village on the outskirts of Hanoi also known as a museum of laterite, home to around 300 houses built three or four centuries ago with lateritic bricks. The village has also been described as the last stronghold of wet rice farming culture in northern Vietnam. A journey to Duong Lam village is a trip to trace back the origin of Vietnam’s culture and Vietnam’s traditions. This is also the great chance explore architecture of ancient houses while wander along its narrow alleyways, visit temples dedicated to the two kings born there, and most interesting of all, chat with locals living in the ancient houses.

Bat Trang, the famous village is situated approx 15 outside of Hanoi, surrounded by fertile farmland. Watch the artisans forming, painting and glazing their products, which are then baked for several days in huge kilns.

The silk village of Van Phuc in Ha Dong of former Ha Tay Province (Hanoi now). This is a place renowned over centuries for its silk-making and silk products – Van Phuc village. 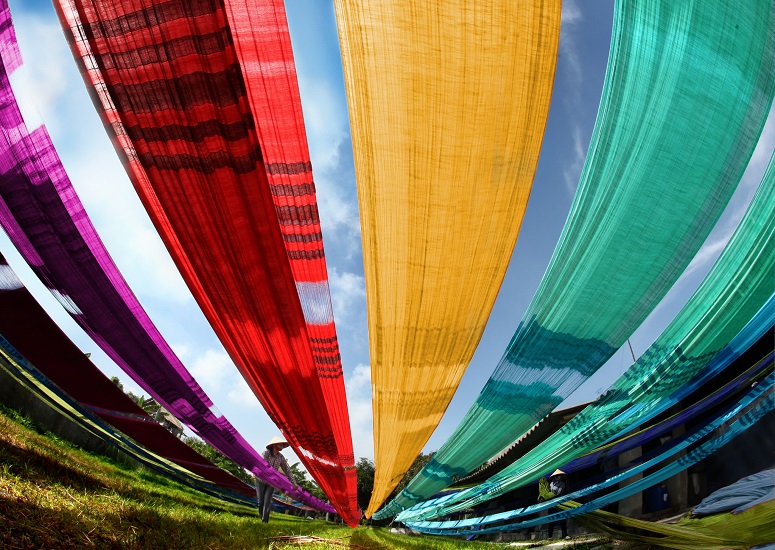 So why not make a tour to visit these two famous destinations ??

Bat Trang village lies on the bank of the Hong River, about 13 kilometers from Hanoi. To get there, you cross the Chuong Duong Bridge out of central Hanoi, turn right onto dilapidated, heavily pot-holed road and try to avoid being hit by the trucks, buses and motorcycles that jokey to overtake each other in both directions.

Bat Trang is an ancient village, which is very famous for making ceramic products. Discover the culture, hand job and local lives . 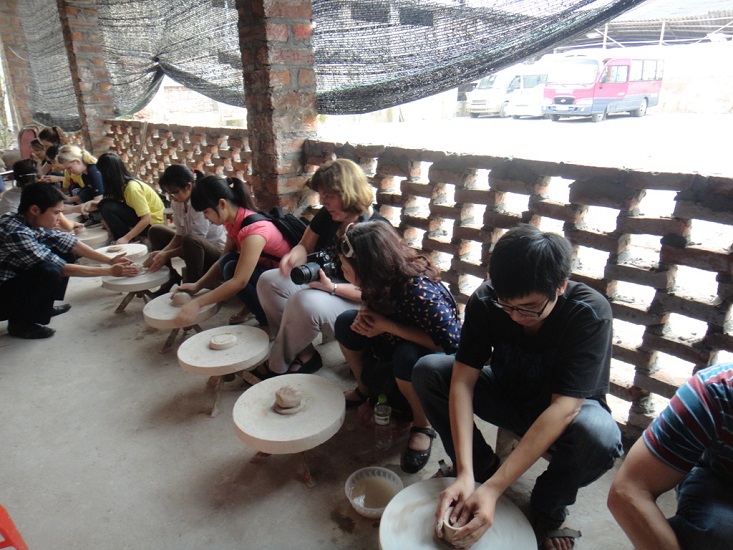 Bat trang, an ancient traditional craft village well- known for ceramic, lies on the left bank of the Red river, about 15 km Southeast of Hanoi center. Visiting Bat trang to enable the visitor to see different aspects of the activities, buildings, ceramics are being made and people of the village. Further more, A tour Bat Trang village by cycling through beautiful green gardens, plantations with fresh air is great fun and exercise.

In Hanoi the food is plentiful, it’s everywhere that you look and is an integral part of the livelihoods of many locals. Street food can be found on the main streets of Hanoi, and down many of the side streets and alleways. So join a tour to enjoy street food in Hanoi with Vietnam Typical Tours.

This unique, carefully designed adventure combines expert knowledge with flexibility to pursue your unique interests, bringing you closer than ever to discovering the culinary secrets hiding around every corner. 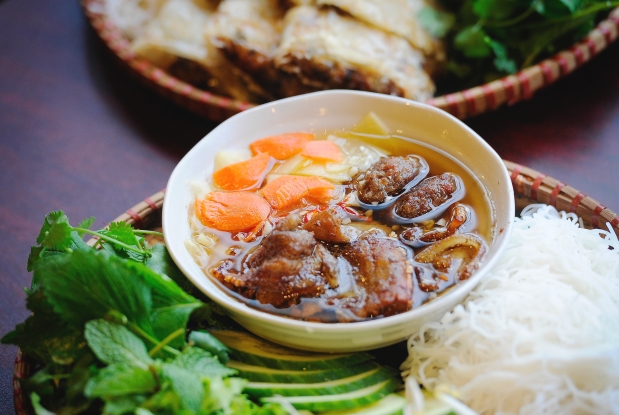