Vietnam is a country of tourism. From the North to the South, any province has its own advantages to attract visitors. Among thousands of interesting places in Vietnam, there are a total of 7 World Heritage Sites recognized by UNESCO, and these Heritage Sites help Vietnam a lot in earning tourists through years.So, can say: Vietnam – destination of world heritage sites.

Halong Bay was listed in 1994 as a World Heritage Site by the United Nations Education, Science and Culture Organization. Having been a famous destination for years, this site becomes even more renowned after this world famous recognition. With 1960 islands in different sizes and an unbelievable smooth sea surface, Halong Bay has written its name to one of the worthiest places in the world to visit. 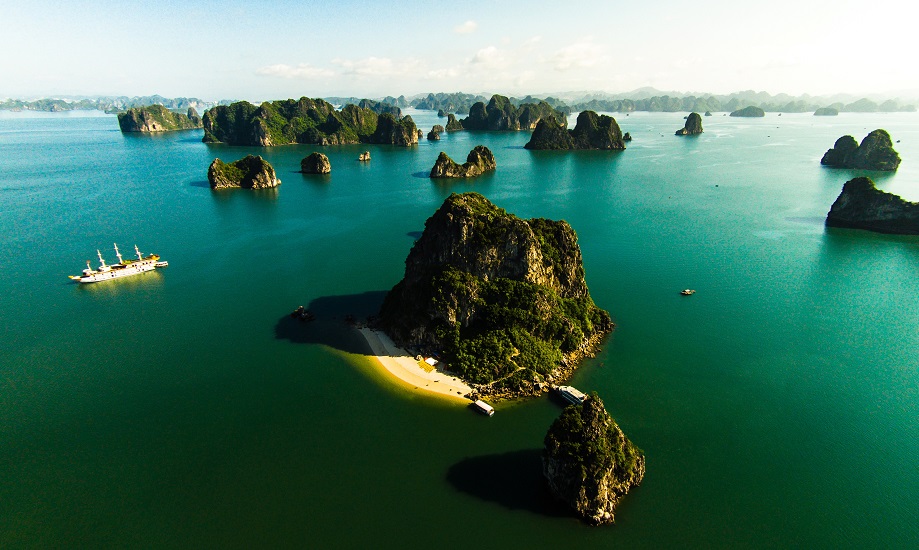 Ha Long Bay has been called by the great national poet Nguyen Trai: “a marvel of the earth erected towards the high skies”. While exploring the bay, tourists will feel lost in a legendary world of stone islands which shapes change depending on the angle and the light. There are many names given to islands according to their shapes and forms such as Hon Dau Nguoi (Human Head Islet), Hon Rong (Dragon Islet), Hon Canh Buom (Sail Islet), Hon Trong Mai (Cock and Hen Islet)… But the beauty of Halong Bay does not consist only in the forms of its mountains, islands and the colour of its waters, but also in its infinitely rich system of grottoes and caves such as: Thien Cung (Heavenly Palace Grotto), Dau Go (Driftwood Grotto), Sung Sot (Surprise Grotto), Tam Cung (Three Palace Grotto), Trinh Nu (Virgin Grotto)… Each is a grandiose and refined natural architectural creation. 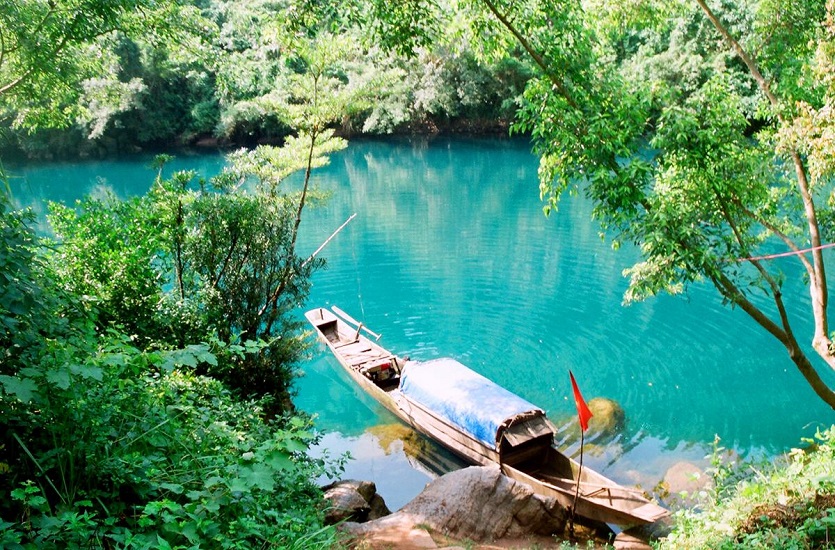 This site is located in Annamite Mountain Range in Quang Binh, central Vietnam. UNESCO listed the site as a World Heritage Site in 2003. The impressive karst formation, the oldest major karst in Asia has spectacular formations such as a 65km cave and underground rivers. The Phong Nha cave and the Ke Bang forest give this natural site a look of heaven in the jungle. The caves have Neolithic ax heads and artifacts representing the oldest evidence of human occupation. Relics of Ham Nghi King, the last king of the Nguyen Dynasty just before the French colonization, are found in the Maria Mountains north of the park. The site is famous as a religious and tourist attraction site and the caves conceal a Champ temple used for worship in the 9th-10th centuries. The Cave of Phong Nha and the Ke Bang forests were a garrison and weapon store of the Vietnamese army during the war with the USA. The site is highly conserved as part of the continuous forest block of Him Namno Biodiversity Conservation Area. 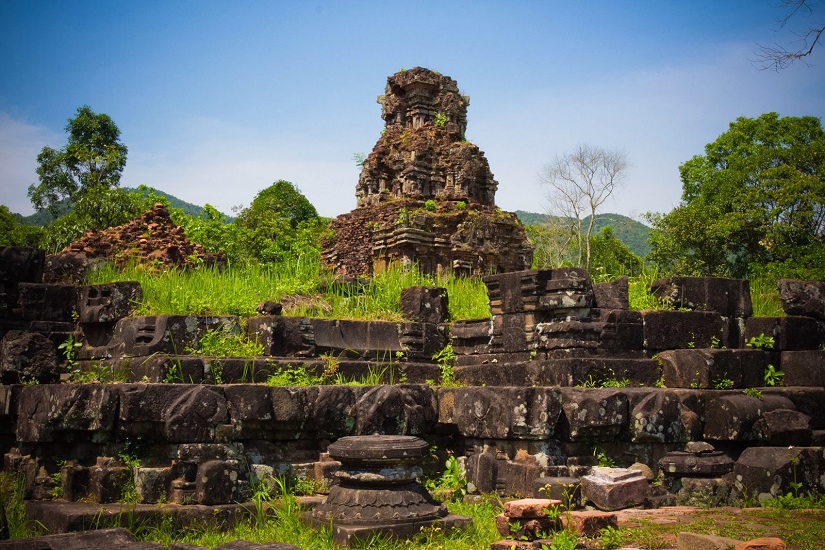 Mỹ Sơn is a group of temple-towers of Cham people. With its great value, in December 1999, the complex of My Son Cham Towers has been recognised as a World Heritage Site by UNESCO. Various researches by archaeologists and architects have revealed that My Son was a complex of constructions, including different temple-towers and stela in various architectural styles. French researchers listed some 70 temple-towers there. However, time and war together have taken their toll on these relics. Now, only 20 temple-towers remain almost intact. The rest have been reduced to ruins. These vestiges are valuable treasures of information for studying the development of Cham culture. During its seven centuries of development, Cham arts produced many works equal to masterpieces of the world. Though less impossing than the Angkor in Cambodia and less diversified than the Pagan site in Myanma, My Son is unique of its kind in Southeast Asia. 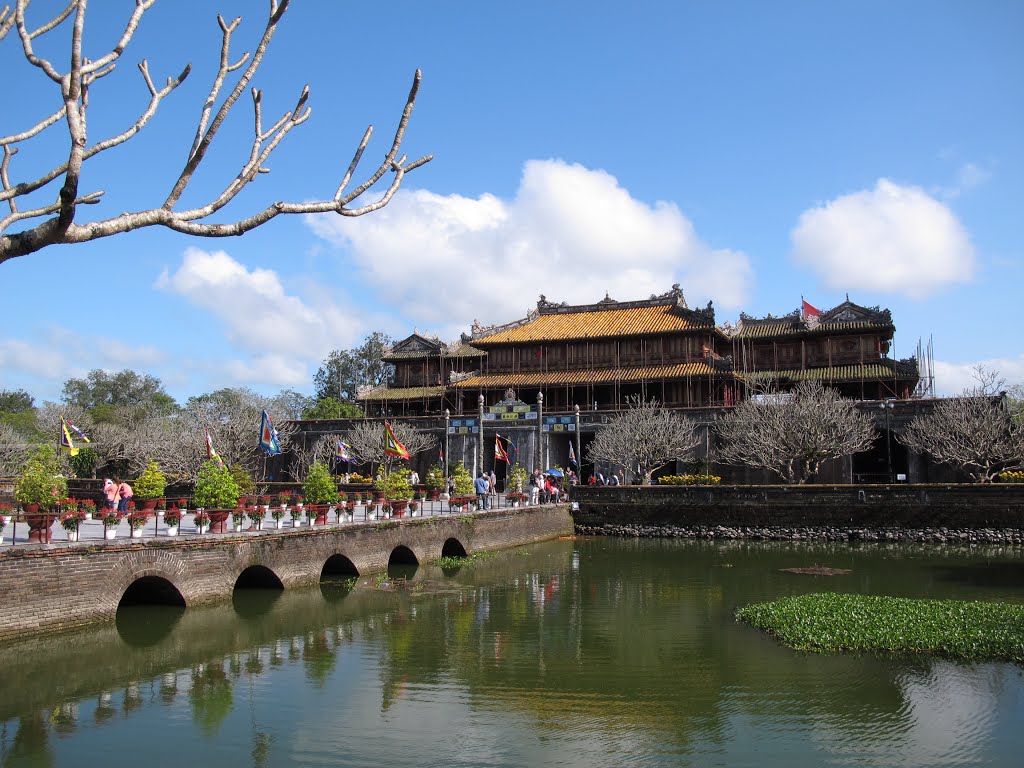 The Complex of Hue monuments ( UNESCO World Heritage Site listed in 1993) is a combination of many royal aspects from the Nguyen dynasty (the last feudal dynasty of Vietnam) with the Imperials City (Hoang Thanh Hue) including the famous High Noon Gate (Ngo Mon), many tombs of Nguyen Emperor (Gia Long, Minh Mang, Thieu Tri, Tu Duc, Dong Khanh, Khai Dinh..), monuments, temples, pagodas, and load of other interesting elements. A visit to Hue will not be complete without a day spent on appreciating the historical values of Hue citadel and tombs.

Hoi An – once a major Southeast Asian trading post in the 16th and 17th centuries, is basically a living museum that houses old-town architecture.Some notable heritage buildings include Chinese temples, a Japanese-designed bridge, pagodas, wooden shop-houses, French-colonial houses, and old canals. Although large-scale trading had long moved elsewhere, Hoi An has been successful in preserving and restoring its charming roots and was declared a UNESCO World Heritage site in December 1999.

Hoi An Riverside is the best place to be at night as the area is lit by quaint and old-fashioned lanterns, making it an atmospheric and beautiful spot. For those who love sea, sun and sand, Hoi An offers two lovely beaches five kilometres away from the town centre – a sort of holiday within a holiday. Hoi An is also known for its great food, fun shopping, skilled tailors, friendly people and cosy atmosphere … 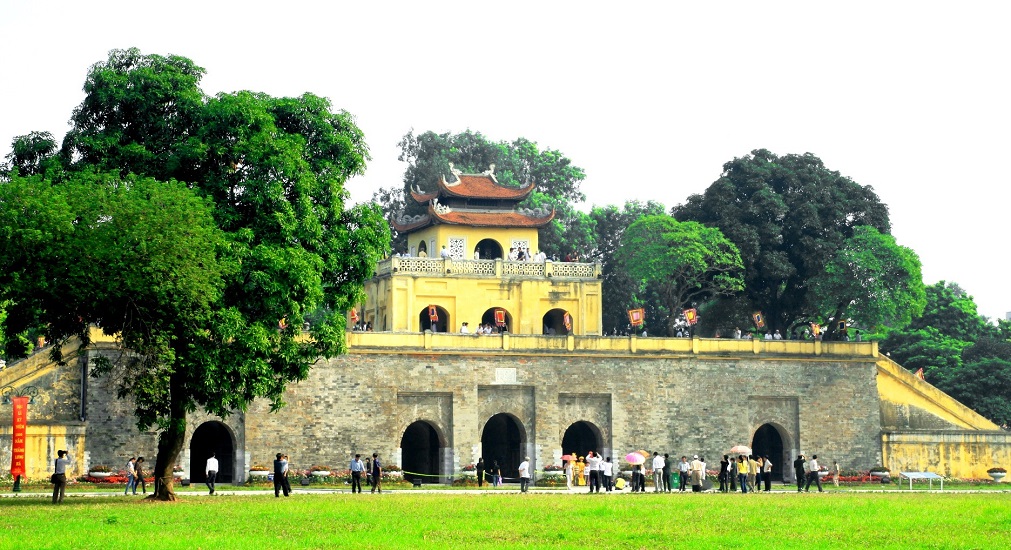 UNESCO World Heritage Site listed in 2010, Thang Long Imperial Citadel, which has been declared a World Heritage in 2010, is a very strong citadel, standing in Hanoi from 11 century after Ly Thai To moved the capital here. The Citadel was once the living place of many royal families: Ly Dynasty, Tran Dynasty, Le Dynasty, Trinh Dynasty…and nowadays become one of the most famous Citadels of the country.

7. The citadel of the Ho Dynasty

The citadel of the Ho Dynasty has met the two criteria specified in the World Heritage Convention. It is the criterion, “to exhibit an important interchange of human values, over a span of time or within a cultural area of the world, on developments in architecture or technology, monumental arts, town-planning or landscape design,” and the criterion, “to be an outstanding example of a type of building, architectural or technological ensemble or landscape which illustrates significant stage in human history.”

So, the citadel has recognized as a World Cultural Heritage by the UNESCO at the 35th session of the World Heritage Committee on June 27th 2011 in Paris (France).

Vietnam – destination of world heritage sites. So there is no reason to deny a trip to this beautiful country. There will be many interesting things waiting for visitors.