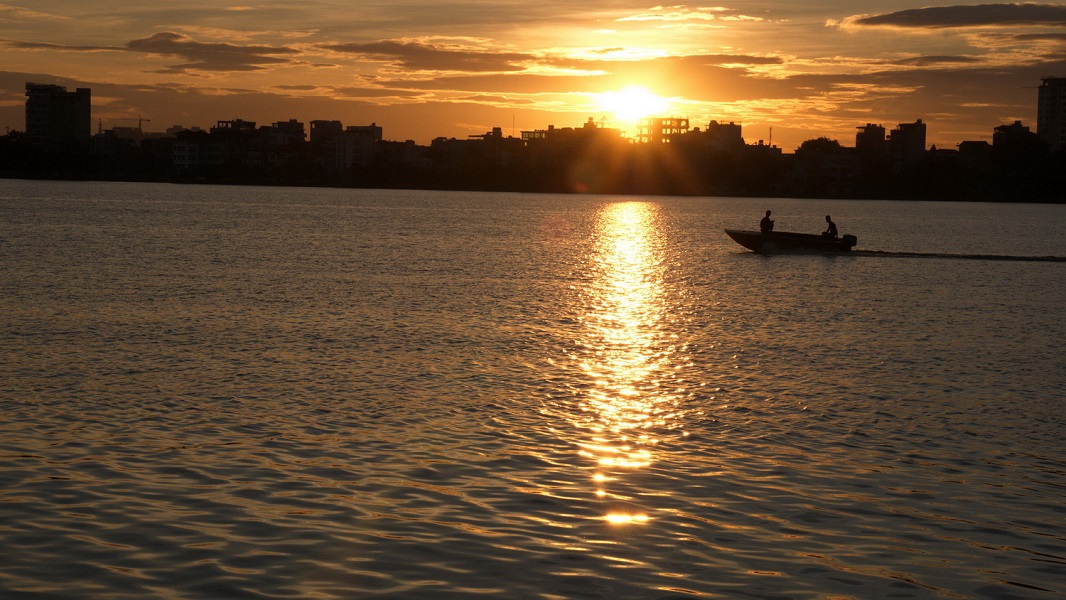 West Lake was created from a curved part of Red River and appeared in several Vietnamese legends. One legend suggests that West Lake was shaped after the battle between Lạc Long Quân and a nine-tailed fox spirit, and that’s why the lake was once called “Fox Corpse Swamp” (Đầm Xác Cáo). Another folk story claimed that original name of the lake was “Golden Buffalo Lake” (Hồ Trâu Vàng, or Han Viet: Hồ Kim Ngưu) because it was formed from struggle of a buffalo after the disappearance of her calf. In the 11th century, the lake was named “Foggy Lake” (Han Viet: Hồ Dâm Đàm) due to its misty condition. Ultimately its name was changed to “West Lake” in 1573 to avoid the given name of king Lê Thế Tông, which was Duy Đàm.

HOT HOT HOT: Would you like to take a tour Super Quick Halong – Sapa 4days with us with only : 260 USD. Details see at: http://sapatoursfromhanoi.com/tour/hanoi-sapa-halong-bay-4-days/

West Lake is bordered by many significant places in the history of Hanoi and Vietnam. Trấn Quốc Pagoda, the oldest pagoda in Vietnam, was built in the 6th century by Lý Nam Đế and is located on a small island in the middle of the lake. Near Tran Quoc Pagoda is Quán Thánh Temple, one of the Four Sacred Temples of ancient Hanoi (Vietnamese: Tứ trấn Thăng Long). Chu Van An High School, one of the oldest high schools in Vietnam, is also located close to the lake. 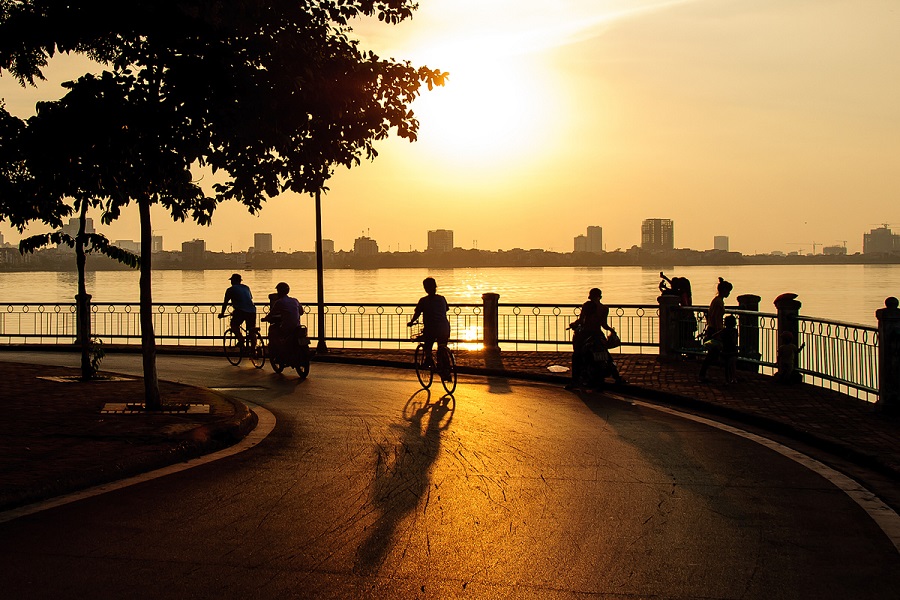 Many traditional craft villages surround the lake: flower growing in Yên Phụ and Nghi Tàm; silk worms and weaving in Nhật Tân; paper making in Quảng Bá and Bưởi. These villages have now been incorporated into Hanoi. Also near the lake are Kim Liên Pagoda, Trấn Quốc Pagoda and Quán Thánh Temple. During the Tây Sơn dynasty, Nguyễn Huy Lượng composed the poem Tụng Tây Hồ Phú, praising the beautiful landscape of the lake and the qualities of King Quang Trung. Phạm Thái, an anti- Tây Sơn poet, retorted with Chiến tụng Tây Hồ phú. The following is a well known poem about the lake:

If possible, take a bicycle tour around the West Lake to enjoy the fresh air here. You will feel relaxed.